What’s an Email Database? How Can Your Business Build One?

Restaurant Website Design: The 12 Elements Your Site Must Have

How to Build an Email List for Your Local Business

7 Questions to Ask When Choosing Software Integrations for Your Business 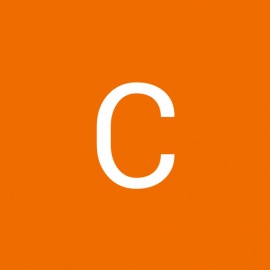 By Claudia A. Guerrero Negron | 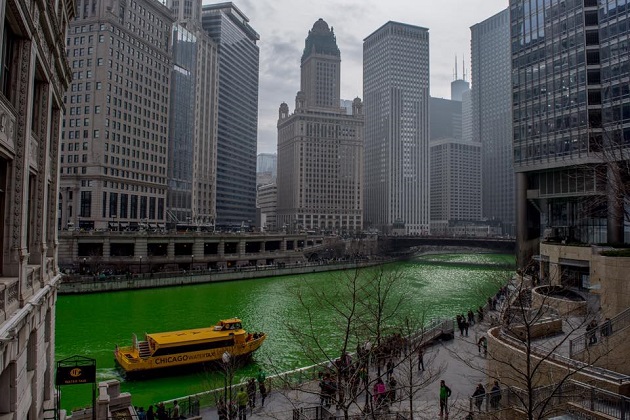 Let's face it, some cities are better at some things than others. For example, New York City is a pretty good place to spend New Year's Eve, you might want to head to New Orleans for a Mardi Gras celebration, and you definitely need to go to Tampa if it's a Pirate Festival you're on the hunt for. But, if you're searching for a great place to spend St. Patrick's Day this year, look no further. Below is a list of five cities that are known for throwing the best St. Patrick's Day celebrations, including parades, bar crawls, festivals and more. So put your leprechaun outfit on, rock your shamrock necklaces, dye your hair green and take a look at these cities that excel at celebrating the greenest holiday ever! 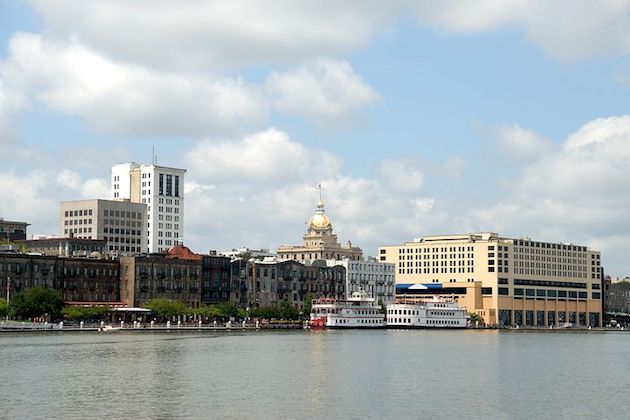 St. Patrick’s Day parade is huge in Savannah. As one of the biggest St. Paddy’s Day celebrations, (second largest after New York), it features more than 350 marching bands and a guest count of about 15,000 people. The parade will start this year at 10:15 am beginning at Gwinnett and Abercorn Streets. There will also be a St. Patrick's Day Party Bus you don't want to miss out on.

This is the celebration’s 195thyear, so expect bigger and better attractions as more than 300,000 people roll in for the festivities in the entire city. Savannah also throws a huge party, the St. Patrick’s Day Festival, which is full of vendors, live performances, and an overflow of gifts. 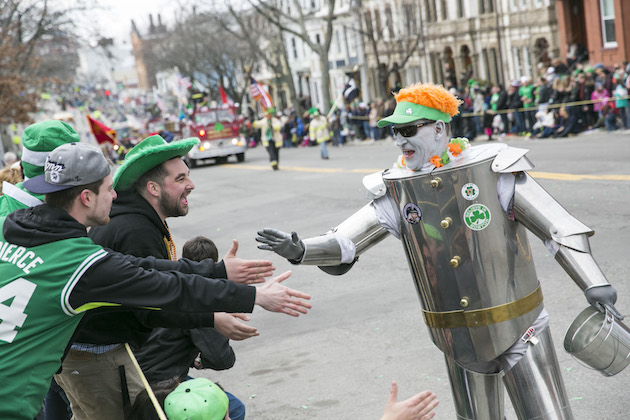 Boston is the home of the first-ever St. Patricks Day Parade recorded in the history of the US. St. Patricks Day is actually an official Boston holiday as Evacuation Day falls on the same day. This holiday commemorates the expulsion of British troops from the area on March 17, 1776. With Irish pubs on every corner, the Irish Heritage Trail and the Irish Film Festival, there will be plenty of all things Irish to do!

The Irish Heritage Trail is a self-guided trail encompassing 300 years of Irish history in Boston, with an opportunity to explore 20 landmarks like the Rose Kennedy Greenway. The American Celtic punk rock band Dropkick Murphy's will be playing at the House of Blues and the South Boston Parade begins at T Station and ends in Andrew Square, South Boston, or “Southie”.

Boston holds the title for highest percent of Irish ancestry of US Metros, so if you don’t have Irish ancestry, you’ll certainly feel like you do if you decide to come to this city for St. Patrick’s Day. 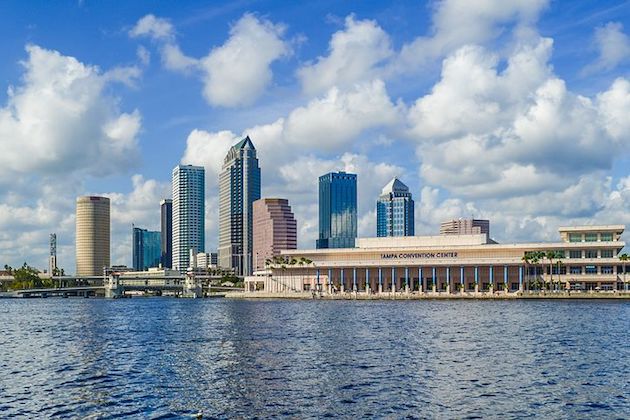 St. Patrick’s Day in Tampa can be summed up in two words: bar crawl. Tampa has some of the best bars to have a party in, and St. Patrick’s Day is taken as seriously as they take other celebrations, like the huge pirate fest that happens every year, Gasparilla. There is an Official Florida Bar Crawl for St. Patrick’s Day and it’s called “Where Locals Go” with some pretty great drink specials like as you receive  5 free drinks just for joining! There is also the Lucky's St. Patrick's Day Crawl in Kelly Days Firehouse Tavern.

A Leprechaun Costume Contest, Family Scavenger Hunt, River O’ Green Gallop race and the Scavenger Crawl are just some of the things that will happen this year at the River O’ Green fest, where mayor Bob Buckhorn along with the rest of the city turns the Hillsborough River green just like Chicago!

Have you ever heard of a Renaissance Festival on St. Paddy’s Day? Well, now you have. The Tampa Renaissance Festival is an event lasting from Feb 16 to March 31st, but on St. Patrick’s Day weekend it is all about the leprechauns and the shamrocks with Leprechaun Costume Contests, a St. Patrick’s Day Party (considered to be the largest in Tampa) with music, games, dancers and more. 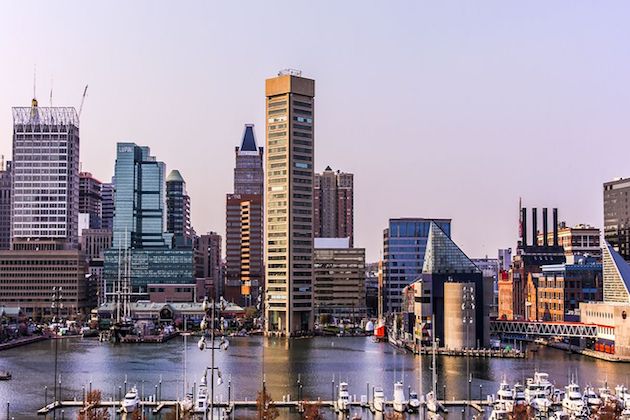 St. Patrick’s Day parade is a pretty big deal in Baltimore. The celebration dates back 60 years drawing in thousands to the Downtown Baltimore area. Baltimore is known for having one of the richest Irish histories as it was a port where many Irish immigrants came looking for work, so expect to see some Irish traditions in this parade that you may not have known about.

The parade will be at 2 p.m. on March 11. An interesting and unique thing Baltimore puts together is St. Patrick’s Snakes, hosted by the Lake Roland Nature Council, an organization dedicated to protecting the Lake Roland Park. The event will allow participants to touch and grab some of the animals that live in the park and there will also be arts and crafts for children.

And of course, there’s the Luck of the Irish St. Paddy’s Pub Crawl. Right in the heart of Baltimore, you will find the best St. Paddy’s Day drink specials like $3 drafts, $4 bottles, $5 Irish Whiskey Shots and $5 mixed drinks. 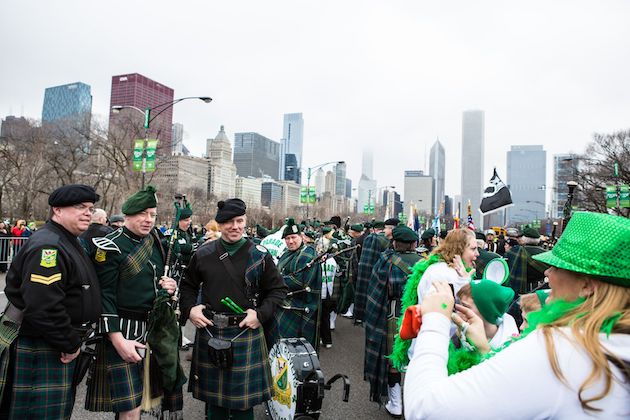 There really is nothing like St. Patrick’s Day in Chicago. You will be overwhelmed with options when choosing what to do on that special day. The star of the show is, of course, the dyeing of the Chicago River. The tradition, dating back 50 years, starts at 9:00 am and lasts about five hours, so getting there on time might be ideal as the spectacle draws over 400,000 friendly guests who want to soak up all the green.

Next on the list of Chicagoan St. Patrick’s Day musts is the parade. It is one of the biggest St. Patrick’s Day parades in the country with floats, Irish step dancers, marching bands and bagpipers; it is a St. Patrick’s Day extravaganza. If you find yourself a bit far from Columbus Drive, not to worry, they also have parades on the Northwest side and Southside so there is plenty of opportunity to catch a parade!

Another fun, free and pretty unique experience is the Shamrock Greening. The city-wide event is an effort between Chicago and Tourism Ireland to make Chicago the “Greenest City in the World”. Lighting up all the buildings in the area with a bright green color, it sure is a sight to see.

If you are looking for more St Patrick's Day events, check out the My Area Network site to find your location for all the fun things to do in your city. Best of all, registration is always free!