How to Keep Your Customers Engaged During COVID-19

How Restaurants Can Deal with COVID-19 Business Disruption

12 Types of Sales Promotions To Run at Your Local Business 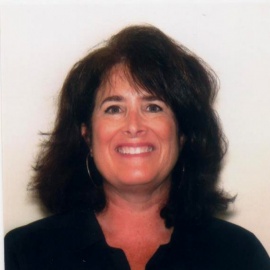 Tampa based digital media and technology company, MyArea Network, has been awarded the University of South Florida Fast 56 Award that recognizes Bull-owned or Bull-led businesses every year. Scott Conlon, President & CEO of MyArea Network has been honored with the award for the second consecutive year.

Conlon, a 2007 graduate of USF feels honored to be recognized by his alma mater.

“It was a privilege to be nominated and now to be one of the winners, we’re just thrilled! My idea and vision for MyArea Network was sparked during a class at USF and it became my thesis project so this award is full-circle for me. I’m very proud and honored to serve the community that supported me for several years,” Conlon says.

USF Fast 56 was established in 2013 to honor USF alumni affiliated businesses. Fifty-six recipients are chosen every year in recognition of the year 1956 when USF was founded. To be considered for the USF Fast 56 program, an organization must have been in business for at least three years, have revenues of $250,000 or more for the most recent 12-month period, and be owned or led by a former USF student.

Nominations open each year in October and companies have until the end of January to prepare their application. Applications are provided to an independent CPA firm to tabulate results. Neither the University of South Florida or the USF Alumni Association have access to firm financials.