Hiring Ideas for Restaurants: Fill Your Positions Faster with These 7 Tips

How The iOS 14 Updates Will (and Won’t) Impact Geofencing

Thanksgiving Traditions You Can Still Do During the Pandemic 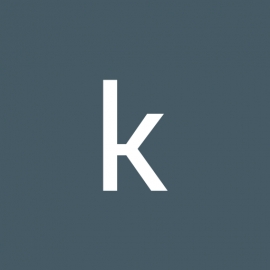 Thanksgiving falls on November 26th this year following the annual tradition of celebrating on the fourth Thursday of the month. While this holiday has origins dating back to 400 years ago, what we know as part of the Turkey Day practice has evolved over time. The way things look right now, some of the traditions associated with this holiday won’t be able to happen in 2020, or at least in the way we know and are used to. But, there is still fun to be had!

The Thanksgiving Day meal is the highlight of the day. No menu is complete without having some delicious turkey. A staple of Thanksgiving, the bird has become synonymous with the holiday and accompanying feast. Other traditional Thanksgiving foods include stuffing, cranberry sauce, mashed and sweet potatoes, and pie. What's your favorite?

One of the most important traditions of Thanksgiving Day is getting together with the family and having the Thanksgiving meal. Many people travel for this day to celebrate together. Unfortunately, many people won't be doing that this year and will have to rely on some sort of video chatting instead. On the bright side, this year there's no need to worry about your in-laws overstaying their welcome!

For nearly 100 years now, Macy’s, the American department store chain, has held a parade in New York which lasts around three hours. Santa appears at the parade’s conclusion which announces the countdown towards Christmas. This year’s parade will be different to accommodate the proper precautionary measures as per CDC guidelines. There are some new floats this year and teacher resources to incorporate the parade into your lesson plan. This will be handy too for many of the parents that are homeschooling.

What would be Thanksgiving without sitting down in front of the TV for a full slate of football games? As has become tradition, three NFL games are scheduled for the day. The first game is at 12:30 pm with the Houston Texans hosting the Detroit Lions. The Dallas Cowboys, as they do every year like the Lions, will be playing as well. They will host their divisional foes, Washington, at 4:30 pm. The last game on the slate is an AFC North showdown between the Pittsburgh Steelers and the Baltimore Ravens at 8:20 pm in M & T Bank Stadium.

This year, if you can't celebrate in person, what about hosting a virtual game night? Many of your classic board games like Monopoly and Scrabble have digital versions. You can easily host a game of trivia or a round of charades is easy to do over Zoom.

However or wherever you will be celebrating this year, be sure to be thankful. Especially during times like these, it is vital to count our blessings and appreciate the small things.

For all things Thanksgiving, we have you covered. Find the MyArea Network site near you for things to do in your city. Register. It’s free and you'll never miss out on an event near you. Happy Thanksgiving!