How to Market Professional Services in Your Local Community

How to Use Google My Business for Multiple Locations 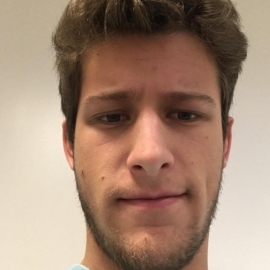 Although the way we watch entertainment has changed so much in the past two decades, there are plenty of options for you to get the best experience. This list gives you a quick overview of some of the most popular live TV streaming services to consider along with the cost. You just have to find the service or services, that will give you everything you need!

The upcoming generation loves to stream. Whether it is live sports, TV, gaming, etc., people cannot get enough of the endless entertainment. Although the past decade has provided a tremendous increase in subscribers, the pandemic has brought the increase to a whole new level. One of the main beneficiaries has without a doubt been Twitch. This streaming service allows its customers to live stream for free. Whether it is sports or TV, payment is not required. However, if there is a specific person (athlete, gamer, actor, etc.) you are more interested in streaming, then payment is required. The various subscription prices and options they offer are as follows:

Because of its name, many customers and potential customers believe an Amazon Prime account is required in order to have access to Prime Video. Fortunately, this is just a myth since customers do not need the $120 per year Prime subscription to enjoy Prime Video. Like many other streaming services, Amazon invested heavily in its original content. Unlike other streaming services, the original content Amazon produces is of a much higher quality producing the likes of Bosch, Jack Ryan, and Hand of God just to name a few. As far as subscriptions are concerned, Prime Video keeps it simple and offers one option:

Hulu used to rely solely on its on-demand streaming strategy. However, as competition from other services arose, Hulu began offering Live TV and supplying with some of the most acclaimed networks such as ABC, CBS, ESPN, FOX, HGTV, and many more. Unlike Prime Video, Hulu offers a variety of plans and prices as follows:

Hulu (with commercials)- $5.99/month, cheapest plan (ad-heavy) which still gives a variety of access to the entire streaming library and all of the Hulu Originals.

Hulu (commercial-free)- $11.99/month, also allows access to the entire library but with this plan, they can be enjoyed without any interruption from commercials.

Hulu Live (with commercials)- $54.99/month, this may seem expensive but this plan provides the customer with Live TV and cable so there is no need for your other cable provider.

Hulu Live (commercial-free)- $60.99/month, which allows access to the entire library of TV and movies and full access to all of the Live TV and Sports Networks. All at the luxury of commercial-free.

As staying at home has become the new normal, streaming services have seen an influx in users and they do not disappoint. With so many different streaming options, there’s something for every user and every household. If you don’t have Netflix yet, you’re sure to have it soon. The super-popular streaming service offers three plans:

With a subscription, the streaming service has no ads and offers some of the most popular shows of today. Some of these shows that are only offered on Netflix include Love is Blind, Avatar: The Last Airbender, Outer Banks, Tiger King, Black Mirror, and Ozark.

With basic cable going out of style, we have services like Fubo who can provide us with what cable can and more. Fubo began as a streaming service that would show sports in 4K, but the service has now expanded into live sports and live TV beyond sports. Fubo also offers different plans so you can make sure you get what you need out of the service!

One of the fast-climbing streaming services that has made its way to the top after being out for less than a year is Disney Plus. Given its name, Disney Plus already had a space in everyone’s homes and hearts, so there was not much that the service had to do to market itself! With two simple plans, it makes it easy for users to determine what they want from Disney Plus

From there, you can customize which Hulu plan you want and so on, but Disney Plus’s simplicity makes the streaming service quite attractive. With Disney’s broad ownership, Disney Plus offers movies and shows from all of its daughter companies including Pixar, Marvel, Star Wars, National Geographic, and 20th Century Fox. Some of the most popular shows and movies being streamed on Disney Plus are Muppets Now, The Mandalorian, The Simpsons, and the ever so popular Broadway show Hamilton. Being a Disney company, Disney Plus is sure to be a great option for families with young kids.

One of the more unique streaming services out now is Quibi, which offers short-form scripted and unscripted shows. The term “Quibi” comes from a combination of “quick” and “bites,” given the service’s quick shows. With two simple plans, Quibi leaves out all the confusion of choosing

On the quickly rising streaming service, some of the most popular shows on Quibi are Chrissy’s Court, 50 States of Fright, The Fugitive, Punk’d, and Most Dangerous Game.

Finally, we have YouTube TV, which has a similar set up to Fubo. The video-playing platform turned live-streaming service offers several plans.

Keep up with entertainment news by finding the MyArea Network site near you. Register for free and get news on live TV streaming services and other things to do in your city!